We at West Central Abilities are involved with many of the volunteer services in our community.

Including Meals on Wheels, Lunch Program within the schools, assisting the Food Bank, annual Christmas Hampers, the Salvation Army and volunteer at local businesses.

WCA strives to assist our clients to develop positive, healthy relationships with others who share similar interests.

We are looking for members of the community who would like to experience the reward of being a mentor, a friend or a volunteer in the lives of others.

If you are looking for a rewarding opportunity, this could be for you!

We know our people are the best in the industry!

The clients at WCA are cared for by staff who bring to work with them a high-level of professionalism, dedication and enthusiasm.

“WCA has been delivering services for 45 years, these essential services have enhanced and enriched the lives of many individuals experiencing disability. The organization is committed to evolvement, expansion and to develop its services to meet the needs of the disability community.

As defined in our strategic plan, professional development is key for our support staff to be efficient in providing quality of care for the clients whom they serve and for them to carry out their responsibilities. Through leadership development we have built a strong leadership team of positive role models for direct support workers, using their talents and demonstrating on-boarding, commitment and professionalism.

WCA is working toward the vision of a new day program building.  The vision includes person-centered services provided in a supportive community, an inclusive community embracing individuals who are experiencing a disability, increasing independence for individuals and families, and increasing opportunities with the right to choose, participate and contribute.

The agency is proud to have a team of so many employees who are truly dedicated to the clients and the services of the organization.  As the ED of WCA, my admiration goes to this group of employees who are in this chosen profession for selfless reasons. Their reward comes from serving others in a meaningful way. This is what makes them a part of an amazing team.

Thank you to the devoted Board of Directors working hard with the executive staff team in attaining a new day program facility. The newly formed fundraising committee has already implemented a few of the many fundraising ideas, plans and events.

We are grateful to have a community in full support of a new program building being centrally located in the heart of the community making services accessible and attainable for user groups.

Lastly, we extend our deepest gratitude to all the clients we are so very proud to be serving, allowing us to be a part of your lives and to be there for you on your journey through life.”

WCA’s Day Program service for persons with disabilities offers a variety of activities such as daily living skills and leisure/recreational activities with a focus on community connection and personal development.

WCA’s developmental services are designed to provide persons with disabilities the opportunity to enhance their quality of life, to build their confidence by developing particular skills and or functional ability such as social skills, vocational skills, and independent living skills and to achieve as much independence as possible.

SARCAN depot is a division of West Central Abilities, which is a part of a provincial recycling program. 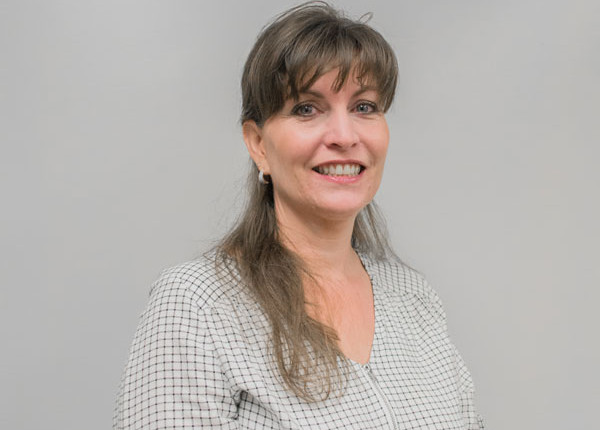 Kim began at WCA in 1992. She has done it all and worked her way up through the agency, from her first position as a night staff through various positions until being offered the role of Executive Director in 2004.

Kim is a great asset to our team and a strong leader for our organization. Her door is always open for staff who have questions, concerns or suggestions for how to make our team stronger. Kim strives to ensure that every person experiencing a disability is treated as a whole person and a full member of society.

Kim has two wonderful children and takes pride in sharing their accomplishments. She also works with several community groups outside of WCA and enjoys gardening, travel, and spending time at the lake. 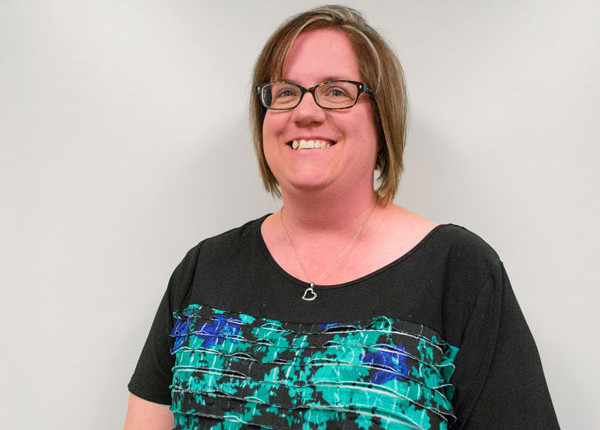 Colette joined WCA in 1996. She has held various positions within the agency and was hired into the Program Coordinator position in 2007. Colette has built many strong and lasting relationships with the clients and staff at WCA. She oversees the day programs, supported independent living, and residences.

Colette is excellent at coordinating schedules and planning all the details. She oversees much of the staff training at WCA. Colette is a Basic Skills Training tutor and leads many other trainings for our staff.

Regan joined WCA in 2005 after completing university. She began as a casual staff, working at all facilities and moved into various positions prior to becoming the Program Administrator in the fall of 2010.

As the Program Administrator, Regan enjoys interacting with the participants who attend the day programs on a daily basis. Regan oversees the scheduling of the Program Staff at the Day Program and Community Based Program and the Supported Independent Living Staff as well as implementing client specific programming. Regan is the PART trainer for WCA as well.

Leanne came to work for WCA in 1992. She has been the bookkeeper/Office Admin for 25 years. Working at WCA is a joy for her and she finds that there are new challenges, learning opportunities and great satisfaction in doing a job in the human services field.

Leanne lives near Eatonia with her husband. They have three daughters and four grandchildren with one more expected shortly. When not at work, Leanne enjoys gardening and camping in the summer; cross stitching and other hand crafts in the winter. 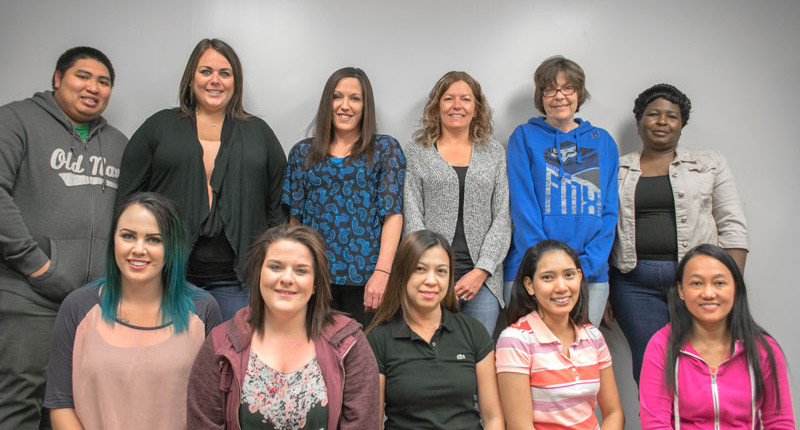 West Central Abilities operates 3 Residences within Kindersley serving 16 individuals with one respite space available for temporary stays. The staff teams at the residences assist with all daily living needs based on each individual’s requirements. This includes assistance with meal preparation, feeding, cleaning, bathing and personal care and planning, budgeting for and attending recreational events such as hockey or baseball games, concerts, and other community events.

West Central Abilities strives to assist clients to feel at home in their homes and develop as much independence as possible while providing all supports needed to learn new skills as indicated by each individual. Relationships with each client are built on trust and acceptance.

West Central Abilities supports clients living on their own through the Supported Independent Living Program. Currently there is one staff in this role. The staff visits the client in their home and assists with tasks such as cooking, cleaning, budgeting, planning social outings, learning skills related to independent living such as healthy meal planning, safe relationship skills, work/life balance, etc. 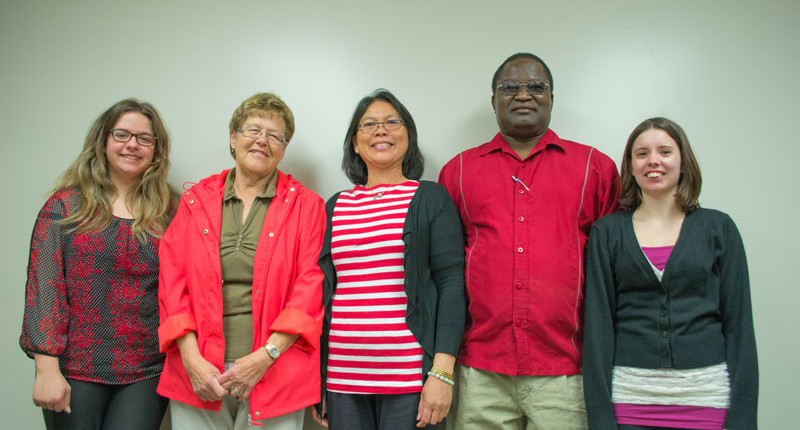 This team is responsible for the planning and implementation of various person-centered programs designed to meet the needs of each individual we serve. This includes community volunteer work, teaching daily living skills, social skills, and computer skills.

Staff assist clients to complete baking and cooking tasks, craft projects, various exercise programs, and theme days or parties welcoming others from our community as well as people from neighbouring communities.

There are currently 5 full time staff working from the Activity Centre through the Day Program and Community Based Program.

In 1959 a group of parents from all over the province formed what is now known as the Saskatchewan Association of Community Living to work together for the rights of their children with intellectual disabilities to have an education. The local parents of this association got together and moved an old school house to the Kindersley area where an educational program for their children with intellectual disabilities would be provided.  The Penner school was opened in 1961.  As the students became young adults, they required more appropriate opportunities. At this time the Smith farm near Eatonia was purchased which provided both a residential facility and a small workshop to build on their talents and their skills.

In October of 1972 West Central Employment Industries was created as a non-profit organization. The residents moved from the Smith farm to the Ryder farm located on the east side of Kindersley. Here they grew a large garden each year, looked after a variety of farm animals and took responsibility for the care of the buildings and the grounds.  Later, the Community Based Organization changed its name to West Central Farm Activities, then later on the organization was again changed, and known for many years as West Central Industries Inc.

1980 was an exciting year for the organization as the first separate residential facility was opened in the town of Kindersley.  In 1981, a Sheltered Workshop at 1001 7th Avenue West was constructed and donated to West Central Industries by the Kinsmen Foundation. Here, high quality developmental programs were developed and implemented by a small group of staff. At the time, the main vocational activities were wedding decorations, wood work and wire salvaging.

A second residential facility at #502 8th Street West was purchased in 1988. During this year several people moved from Valley View Centre in Moose Jaw to West Central Industries. Also during this time, a Supportive Independent Living Program was started.  A suite was constructed in the lower level of the new house where individuals would live independently, increase their independent living skills through additional supports, and move on to different living accommodations.  The SIL program has expanded over the years providing supports to many individuals living on their own in the community.

This was also the year the agency expanded into the recycling business, operating a SARCAN depot at 1001 7th Avenue West. It provided employment, mainly for persons experiencing disability under the supervision of a depot manager.

The organization continued to expand, and in 1990 a third residential facility at #50 O’Connor Crescent was built to accommodate people moving out of Valley View Centre. The following year Saskatchewan Housing Corporation assisted with building another house at #403 2nd Avenue West that replaced the house purchased in 1980.

A Waste Management business was purchased in 1996. With much support from the business community, this venture was successful in providing employment for both community members and the clients of West Central Abilities.  The agency sold its waste management business in 2014.

The board and its members felt the name West Central Industries no longer suited the agency nor the people it served, so in the summer of 2006 the board changed the name to West Central Abilities Inc. to reflect what the agency does, who it serves and what its main focus is.

Due to an increasing volume of recycling and a need for more space, in the fall of 2006 West Central Abilities purchased a new building at #106 Railway Avenue which is located closer to downtown Kindersley to operate its large SARCAN depot from. In turn, this move allowed interior renovations at 1001 7th Avenue West so that space for clients to use was greatly increased.

Community Based Programming is advancing within the community providing many more opportunities for designated clients to volunteer, build relationships, and develop skills in the community.

Programs have expanded and so has our professional team and WCA continues to grow and adapt to meet the everchanging needs of the clients we serve.